The BIG EAST Championships comes to the Maryland SoccerPlex 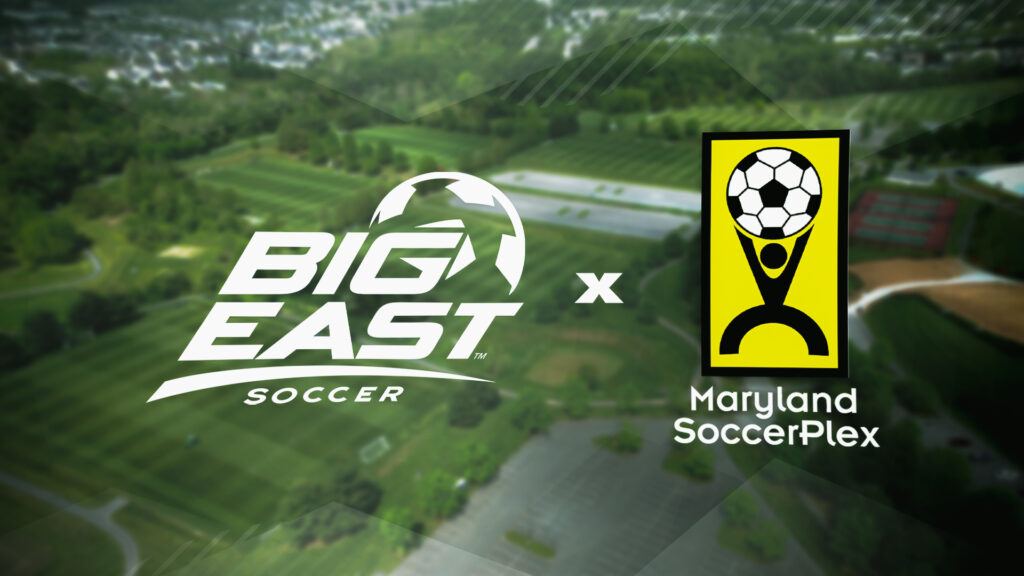 NEW YORK – The BIG EAST Men’s and Women’s Soccer Championships presented by Jeep will be played at the Maryland SoccerPlex in Boyds, Md., beginning in 2022, the Conference announced Wednesday. The agreement spans three years and includes 2022, 2023, and 2024 postseasons. Since 2015, both the semifinals and finals of the men’s and women’s championships have been played on BIG EAST campus sites.

The BIG EAST’s move to Maryland SoccerPlex follows a joint recommendation from both coaching groups to host the events at a neutral site.

“This is an exciting opportunity to showcase some of the best collegiate soccer in the country,” said Executive Associate Commissioner for Sports Administration and Championships Chris Schneider.  “The Maryland SoccerPlex has a history of hosting incredible soccer events and we look forward to working with them and their youth soccer community on creating memorable experiences for our student-athletes.”

“The Maryland SoccerPlex is excited to host the BIG EAST Championships over the next three years,” said Matt Libber, Executive Director of the Maryland SoccerPlex. “The BIG EAST represents some of the best men’s and women’s soccer programs in the NCAA which gives us the opportunity to showcase our facility on a national level, bring high level soccer to our community, and provide an ample experience for the student athletes and their families in Maryland.”

On the women’s side, Georgetown has won five of the last six championship crowns, most recently topping St. John’s, 1-0, in the fall. On Thursday, Sept. 22 at 7 p.m., a rematch of the 2021 BIG EAST title game will be played at Maryland SoccerPlex between the Red Storm and Hoyas.

On the men’s side, Georgetown has won four of the last five championship titles, edging Providence in overtime last season, 3-2. Ahead of the 2022 campaign, Providence was selected by the head coaches as the preseason favorite by one point over the Hoyas, despite the Blue & Gray leading the charge with seven first-place votes.

Ticket information for both the men’s and women’s soccer championships will be announced at a later date.

About the Maryland Soccer Foundation

The Maryland Soccer Foundation (MSF) is a 501c3 non-profit organization dedicated to providing sports and recreation programs and services; funding the operation of the Maryland SoccerPlex, Adventist HealthCare Fieldhouse, and SAM Soccer; and organizing and hosting events that create economic impact for the community through sports tourism.